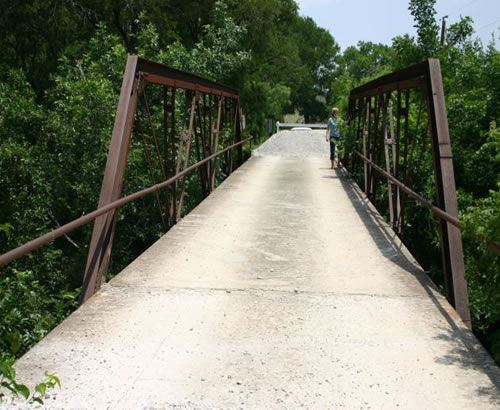 was incorporated, Denton County was experiencing a dramatic boom in population and development. Denton County also began to improve its inventory of bridges by replacing those made of wood with bridges made of iron and steel. The use of iron as a bridge building material and the Warren - Truss design were significant technological advances of the day and signified the advancement of the county into “modern times.”

Like the earlier wooden bridges the single-lane iron/steel bridges originally designed to carry horses and farm wagons became obsolete, as they no longer met federal and state guidelines for modern automobile and truck safety. In the 1990’s the state began replacing these aging bridges. A preservation plan was implemented that identified twenty bridges as being a historic structure and worthy of preserving as part of Denton County’s history. Belz Bridge at Duck Creek (Belz Bridge) was one of the bridges that the plan offered to public entities. 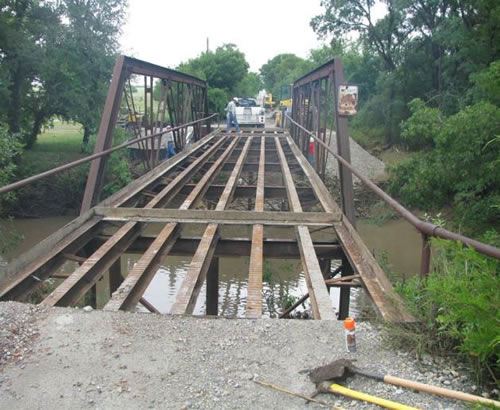 Belz Bridge is a single – lane, 4- panel Warren Pony Truss bridge. No identifying markers or plates were found on Belz Bridge but it is believed it was constructed and installed by the King Iron Bridge and Manufacturing Company in the early 1900’s. Local historical experts confirm the likelihood of such facts based on the bridge’s Warren-Truss design, materials used, condition and similarity to other bridges in the county.

The Community Development Corporation made the decision to adopt Belz Bridge in February of 2003 and held a public hearing for funding the bridge relocation on April 3, 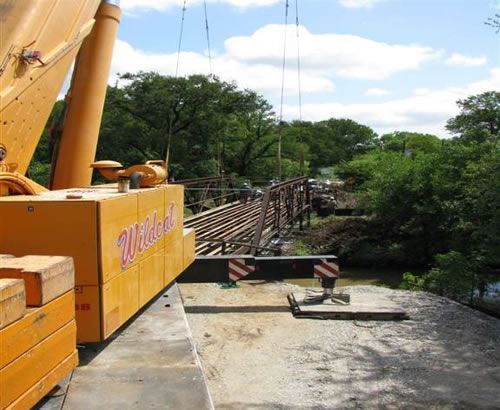 2003. City Council approved the adoption of, and funding for the Belz Road at Duck Creek historical iron bridge on December 29, 2003. The bridge was moved from its original location on Belz Rd., August 21, 2008 and 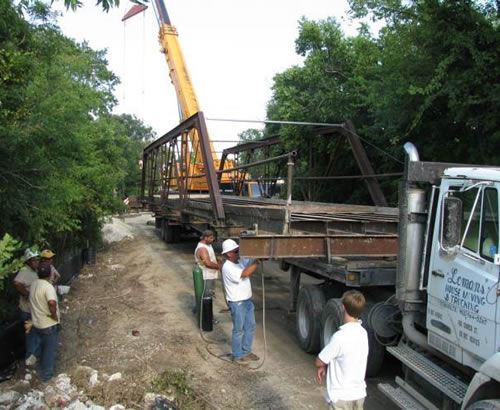 transported to a warehouse for refurbishment. It was set into place at Greenway Park in The Colony, on October 14, 2008. After a five-year wait, The Colony finally received its historical bridge and put it to good use as part of The Colony’s hike and bike trail system.